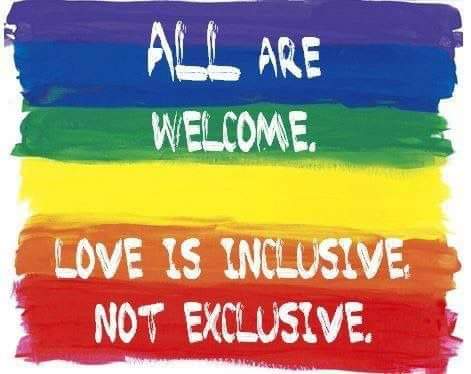 Human Life is sacred. To live is a gift given to humanity for edification, adornment and enhancement. Each life has the potential to create, nurture and mature visions that can advance the universe and elevate humanity. Education is a continuous process and no knowledge is a waste. Therefore, there is a constant need for re-evaluation, re-introduction and reformation of our values, opinion and convictions as regards the sanctity and sacredness of life; irrespective of our diverse beliefs and traditions.

This is a call for a sober reflection and honest contrition on the lives that were lost, humans that were beaten, rejected or disowned and minds that were battered through violence, discrimination, attack, abuse and condemnation towards their sexual orientation or how they decide to express their gender.

The quality of each life is not measured by the individual sexual orientation or gender identity rather by their ability to produce, perform and empower. It is sacrilegious to denial, disgrace or destroy any life based on sexual relations. Humanity is defective without sexuality. Humans are sexual creatures.

According to Rev. Jide Macaulay in his contribution on the anthology Behold I Make All Things New, “Sexuality is the sexual knowledge, beliefs, attitude, values and behaviors of individuals. It includes anatomy, physiology and the biochemistry of sexual response and reproductive system. Other factors include gender identity, sexual orientation, roles and personality, as well as thoughts, attachments, physical and emotional expression and relationships.”

Therefore, we should condemn all criminalization of sexuality that is outside the dictated norm, i.e. heterosexuality. Human sexuality is not static and gender equally isn’t binary.

Religious indoctrination, cultural acquisition and political legislation have contributed heavily towards the spread of Homophobia, Transphobia and Biphobia in Africa. While the rest of the global north is evolving and embracing inclusion and affirmance of sexual minorities, Africa remains the bedrock of oppression, abuse and destruction.

Nigeria especially have proven to be the African Hades for Lesbian, Gay, Bisexual, Transgender and Intersex persons. Following the passage of the Same Sex Marriage Prohibition Act 2014, which places a penalty of 14years imprisonment for LGBTI persons and 10 years imprisonment for their allies; there have been an up rise in blackmail, extortion, mob violence, arbitrary arrest and attack on persons based on real or perceived sexual orientation or gender identity.

Therefore, in commemoration of IDAHOTB2018 Levites Initiative for Freedom and Enlightenment call to mind and honor all African LGBTI persons who have lost their lives to Homophobia, Transphobia or Biphobia. We call to mind their sacrifices and honor their courage. Their death is the step on which we stand to represent, promote, defend and advocate for religious affirmation and political inclusion of all persons irrespective of sexual or gender identity.

We equally call on the Nigerian government and indeed the entire African governments to end all discriminatory laws based on sexual relations. In other to achieve the Sustainable Development Goals and Agenda 2030, African governments must endeavor to protect all lives, embrace equality and model social justice.

Religious communities have the duty to promote unity, love and acceptance. No human should be denied the right to life, freedom of worship, association or expression and right to privacy. Religious leaders in Africa should desist from propagating quack theology and archaic dogmas rather should embrace the tremendous scientific evidence on human sexuality to enhance theological improvement and ethical refinement.